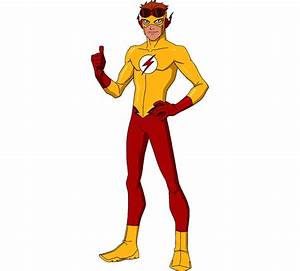 When the ongoing title begins in September 1998, the three heroes have formed a clubhouse in the Cave. However, in the first issue, they awaken the android superhero Red Tornado from a self-imposed dormancy; Red Tornado would remain a supporting character in the title, acting as a mentor/chaperone to the founding team, feeling that his interaction with the boisterous teens will help salvage what he felt was left of his humanity. In issue 4, the group doubles in number with the addition of three teen superheroines: the second Wonder Girl (Cassandra Sandsmark), struggling to make her mark as a serious crimefighter, the ethereal and mysterious Secret (Greta Hayes, but nicknamed "Suzie" throughout most of the series), and Arrowette (Cissie King-Jones), attempting to humiliate her estranged domineering mother, the retired Miss Arrowette, by outshining her own brief super-heroic career. The stern and calculating Robin and the cocky and brazen Superboy occasionally compete for leadership; Robin is the one most commonly deferred to, though routinely teased by the others for what they consider his over-pragmatic nature, initially refusing to share his face or his true identity with any of them; a slightly jealous Wonder Girl overcomes her initial distaste for Arrowette and the two quickly become close friends; Wonder Girl's schoolgirl crush on Superboy slowly begins to develop into genuine feelings shared between the two of them for one another; the team as a whole usually find the ability to trust in Impulse in spite of his whimsical character, yielding mixed results in various adventures; Secret, amnesiac to her true identity and past history, is accepted for her innocent nature and forms a kinship with Wonder Girl and Arrowette, and later on in the series she develops a crush on Robin.