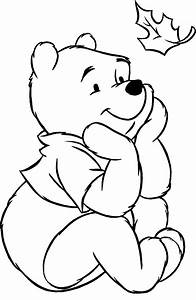 The Winnie-the-Pooh stories are set in Ashdown Forest, East Sussex, England. The forest is an area of tranquil open heathland on the highest sandy ridges of the High Weald Area of Outstanding Natural Beauty situated 30 miles (50 km) south-east of London. In 1925 Milne, a Londoner, bought a country home a mile to the north of the forest at Cotchford Farm, near Hartfield. According to Christopher Milne, while his father continued to live in London ". . . the four of us – he, his wife, his son and his son's nanny – would pile into a large blue, chauffeur-driven Fiat and travel down every Saturday morning and back again every Monday afternoon. And we would spend a whole glorious month there in the spring and two months in the summer. " From the front lawn the family had a view across a meadow to a line of alders that fringed the River Medway, beyond which the ground rose through more trees until finally "above them, in the faraway distance, crowning the view, was a bare hilltop. In the centre of this hilltop was a clump of pines. " Most of his father's visits to the forest at that time were, he noted, family expeditions on foot "to make yet another attempt to count the pine trees on Gill's Lap or to search for the marsh gentian". Christopher added that, inspired by Ashdown Forest, his father had made it "the setting for two of his books, finishing the second little over three years after his arrival".