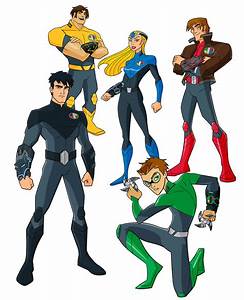 On March 11, 2010, at the Nickelodeon Upfront Presentation, a new Voltron series entitled "Voltron Panthera Force" was announced and set for premiere in the fall on Nicktoons with an announced premise that "The series follows the exploits of a group of five young cadets brought together under trying circumstances to form a newly appointed Voltron Lion Squad dubbed the 'Panthera Force. ' Voltron Panthera Force is a World Wide Events production in conjunction with Kick Start Production. " On April 4, 2010, it was announced that the show's title had been changed from "Voltron Panthera Force" to "Voltron Force". On June 7, 2010, Variety announced WEP Productions, Classic Media and Kickstart Entertainment's plans to air a 26 episode season of Voltron Force in 2011 to coincide with the 25th anniversary of the original series as well as Mattel's plans to release a toyline to tie-in with the 25th anniversary of the original series and the launch of the new series. In March 2011, it was announced that Emmy-nominated composer Hal Beckett and Gemini-nominated composer Steffan Andrews, would score the show.