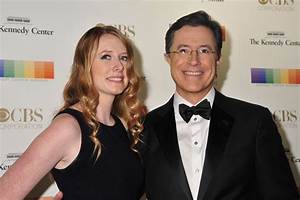 While at Northwestern, Colbert studied with the intent of becoming a dramatic actor; mostly he performed in experimental plays and was uninterested in comedy. He began performing improvization while in college, both in the campus improv team No Fun Mud Piranhas and at the Annoyance Theatre in Chicago as a part of Del Close's ImprovOlympic at a time when the project was focused on competitive, long-form improvisation, rather than improvisational comedy. "I wasn't gonna do Second City", Colbert later recalled, "because those Annoyance people looked down on Second City because they thought it wasn't pure improv – there was a slightly snobby, mystical quality to the Annoyance people". After Colbert graduated in 1986, however, he was in need of a job. A friend who was employed at Second City's box office offered him work answering phones and selling souvenirs. Colbert accepted and discovered that Second City employees were entitled to take classes at their training center for free. Despite his earlier aversion to the comedy group, he signed up for improvization classes and enjoyed the experience greatly.