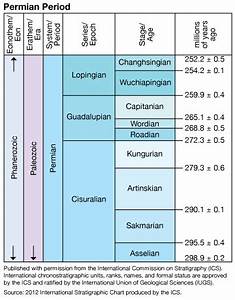 During the Permian, all the Earth's major landmasses were collected into a single supercontinent known as Pangaea. Pangaea straddled the equator and extended toward the poles, with a corresponding effect on ocean currents in the single great ocean ("Panthalassa", the "universal sea"), and the Paleo-Tethys Ocean, a large ocean that existed between Asia and Gondwana. The Cimmeria continent rifted away from Gondwana and drifted north to Laurasia, causing the Paleo-Tethys Ocean to shrink. A new ocean was growing on its southern end, the Tethys Ocean, an ocean that would dominate much of the Mesozoic era. Large continental landmass interiors experience climates with extreme variations of heat and cold ("continental climate") and monsoon conditions with highly seasonal rainfall patterns. Deserts seem to have been widespread on Pangaea. Such dry conditions favored gymnosperms, plants with seeds enclosed in a protective cover, over plants such as ferns that disperse spores in a wetter environment. The first modern trees (conifers, ginkgos and cycads) appeared in the Permian.