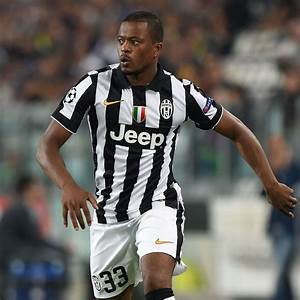 Evra began his football career playing for hometown club CO Les Ulis. After playing in the streets for years, he was brought to the club by friend Tshymen Buhanga, who informed the club coach, "I bring you the new Romário. " Evra spent one year at the club under the watch of coach Jean-Claude Giordanella, who later became vice-president of the club. Giordanella described the player as "more quiet, almost shy. He was a good kid". Evra originally played football in the striker position and, while training at Les Ulis, underwent trials with professional clubs Rennes and Lens. Following the conclusion of the evaluations, Evra was rejected primarily due to his size. In 1993, he joined amateur club CSF Brétigny based in nearby Brétigny-sur-Orge. Similar to his stint with Les Ulis, Evra went on trials with several clubs, most notably Toulouse and Paris Saint-Germain. He was ultimately signed by the latter and converted into a winger. Evra trained at the Camp des Loges for a few months, but was later released.