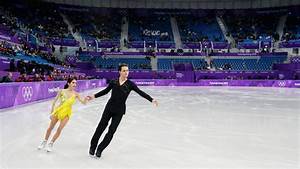 Michael Weisman led a team covering the 1988 Summer Olympics for the network. One of those employees was (later CNN President) Jeff Zucker, who Weisman hired as a researcher. Weisman considered producing the Olympics a challenge, saying, "my mandate is to shatter the mystique that only ABC can do the Olympics. " Weisman assembled the "Seoul Searchers," a group of specialized sports reporters tasked with following breaking news during the Games. Some criticized the journalistic focus to the games. Weisman, however, defended the tone, saying "the criticism we hear is that people want to hear positive news . . . we are not the American team. We are clearly rooting for the American team, but we're not going to whitewash anything. " Other ideas Weisman introduced for the Olympics included miniature “point of view cameras” for specific events such as the pole vault and gymnastics; the “Olympic Chronicles,” profiles which highlighted athletes and moments from Olympics past; and an Olympic soundtrack which included an original Whitney Houston song, “One Moment in Time”. NBC won seven Emmy Awards for their Olympic coverage.