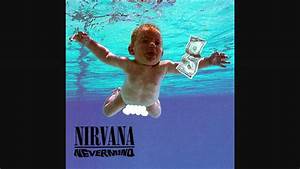 In early 1990, Nirvana began planning its second album for Sub Pop, tentatively titled Sheep. For the album, Sub Pop head Bruce Pavitt suggested Butch Vig as a potential producer. Nirvana particularly liked Vig's work with Killdozer and called Vig up to tell him, "We want to sound as heavy as that record. " The band traveled out to Vig's Smart Studios in Madison, Wisconsin, recording from April 2 to 6, 1990. Most of the basic song arrangements were completed by that time, but Cobain was still working on lyrics and the band was unsure of which songs to record. Ultimately, eight songs were recorded: "Immodium" (later renamed "Breed"), "Dive" (later released as the B-side to "Sliver"), "In Bloom", "Pay to Play" (eventually renamed "Stay Away" and given a new set of lyrics), "Sappy", "Lithium", "Here She Comes Now" (released on Velvet Underground Tribute Album: Heaven and Hell Volume 1), and "Polly". On April 6, the band played a local show in Madison with fellow Seattle band Tad. Vig began to mix the recordings while the band hung out in Madison, giving an interview to Madison's community radio station WORT on April 7. Nirvana had planned to record more tracks, but Cobain had strained his voice, forcing Nirvana to shut down recording. On April 8 the group headed to Milwaukee to kick off an extensive Midwest and East Coast tour of 24 shows in 39 days. Vig was told that the group would come back to record more songs, but the producer did not hear anything for a while. With the band parting ways with drummer Chad Channing after the tour, additional recording was put on hold. Instead, Nirvana used the sessions as a demo tape to shop for a new label. Within a few months, the tape was circulating amongst major labels, creating a buzz around the group.