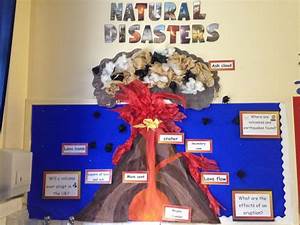 Volcanoes can cause widespread destruction and consequent disaster in several ways. The effects include the volcanic eruption itself that may cause harm following the explosion of the volcano or falling rocks. Secondly, lava may be produced during the eruption of a volcano, and so as it leaves the volcano the lava destroys many buildings, plants and animals due to its extreme heat. Thirdly, volcanic ash, generally meaning the cooled ash, may form a cloud, and settle thickly in nearby locations. When mixed with water this forms a concrete-like material. In sufficient quantities, ash may cause roofs to collapse under its weight but even small quantities will harm humans if inhaled. Since the ash has the consistency of ground glass, it causes abrasion damage to moving parts such as engines. The main killer of humans in the immediate surroundings of a volcanic eruption is the pyroclastic flows, which consist of a cloud of hot volcanic ash which builds up in the air above the volcano and rushes down the slopes when the eruption no longer supports the lifting of the gases. It is believed that Pompeii was destroyed by a pyroclastic flow. A lahar is a volcanic mudflow or landslide. The 1953 Tangiwai disaster was caused by a lahar, as was the 1985 Armero tragedy in which the town of Armero was buried and an estimated 23,000 people were killed.