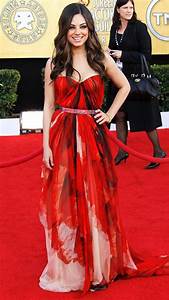 In 1999, Kunis replaced Lacey Chabert in the role of Meg Griffin on the animated sitcom Family Guy, created by Seth MacFarlane for Fox. Kunis won the role after auditions and a slight rewrite of the character, in part due to her performance on That '70s Show. When Kunis auditioned for the role, she was called back by MacFarlane, who instructed her to speak slower. He then told her to come back another time and enunciate more. Once she claimed that she had it under control, MacFarlane hired her. MacFarlane added: "What Mila Kunis brought to it was in a lot of ways, I thought, almost more right for the character. I say that Lacey did a phenomenal job, but there was something about Mila – something very natural about Mila. She was 15 when she started, so you were listening to a 15-year-old. Oftentimes with animation they'll have adult actors doing the voices of teenagers and they always sound like Saturday morning voices. They sound oftentimes very forced. She had a very natural quality to Meg that really made what we did with that character kind of really work. " Kunis was nominated for an Annie Award in the category of Voice Acting in an Animated Television Production in 2007. She also voiced Meg in the Family Guy Video Game!. Kunis described her character as "the scapegoat. "