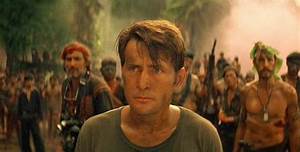 Sheen was born in Dayton, Ohio, the son of Mary-Ann (née Phelan; 1903–1951) and Francisco Estévez Martínez (1898–1974). During birth, Sheen's left arm was crushed by forceps, giving him limited lateral movement of that arm, which is three inches (7. 6 cm) shorter than his right (Erb's palsy). Both of Sheen's parents were immigrants; his mother was from Borrisokane, County Tipperary, Ireland, and his father was born in Salceda de Caselas, Galicia, Spain. After moving to Dayton in the 1930s, his father was a factory worker/machinery inspector at the National Cash Register Company. Sheen grew up on Brown Street in the South Park neighborhood, the seventh of ten children (nine boys and a girl). Due to his father's work, the family lived in Bermuda on St. John's Road, Pembroke, where five of his brothers were born. Martin was the first child to be born in Dayton, Ohio, after the family returned from Bermuda. [citation needed] Sheen contracted polio as a child and had to remain bedridden for a year. His doctor's treatment using Sister Kenny's method helped him regain use of his legs.