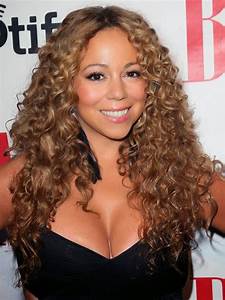 Mariah Carey was born in Huntington, New York. Her father, Alfred Roy Carey, was of African American and Afro-Venezuelan descent, while her mother, Patricia (née Hickey), is of Irish American descent. According to Mariah, her maternal grandparents were "from Ireland". The last name Carey was adopted by her Venezuelan grandfather, Francisco Núñez, after he came to New York. Patricia was an occasional opera singer and vocal coach before she met Alfred in 1960. As he began earning a living as an aeronautical engineer, the couple wed later that year, and moved into a small suburb in New York. After their elopement, Patricia's family disowned her for marrying a black man. Carey later explained that growing up, she felt neglected by her maternal family, which greatly affected her. During the years between the births of Carey's older sister Alison and herself, the Carey family struggled within the community due to their ethnicity. Carey's name was derived from the song "They Call the Wind Maria", originally from the 1951 Broadway musical Paint Your Wagon. When Carey was three, her parents divorced.