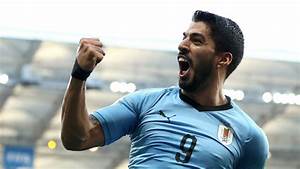 On 21 April 2013, during a 2–2 draw with Chelsea in a Premier League match at Anfield, Suárez bit Branislav Ivanović; this was the second time Suárez had bitten an opponent. [106] It was not noticed by the officials, and Suárez scored an equaliser in injury time. The bite prompted UK Prime Minister David Cameron to call on the FA to take a hard line with Suárez: the FA charged him with violent conduct and he was fined an undisclosed sum by his club. [107] Contrary to claims from Suárez, Ivanović did not accept an apology. [107] Suárez accepted the violent conduct charge but denied the FA's claim the standard punishment of three matches was clearly insufficient for his offence. [108] A three-man independent panel appointed by the FA decided on a ten-game ban for Suárez, who did not appeal the ban; the panel criticised Suárez for not appreciating "the seriousness" of the incident when he argued against a long ban. The panel also wanted to send a "strong message that such deplorable behaviours do not have a place in football", while noting that "all players in the higher level of the game are seen as role models, have the duty to act professionally and responsibly, and set the highest example of good conduct to the rest of the game – especially to young players". [109]