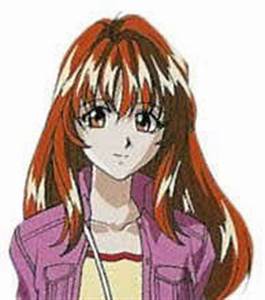 Ralph Grazer, Sakuya's older half-brother, is an American media mogul who heads a business empire in the United States and is branching into Asian markets. Ralph has a grudge against Sakuya, whom he has never met although their father has pushed them to make contact. Ralph goes to Japan, and uses blackmail to force Aine to break up with Sakuya and work for him instead. Sakuya takes time out from the band to confront his biological father, the man had who had raped his mother. Sakuya travels to America to learn the family business, which gives him the knowledge and power to take Ralph's position as head of the media corporation. Sakuya returns to Japan and forces Ralph to sign a contract under which he will recover his position in return for releasing Aine. Ralph, used to getting whatever and whomever he wants, is confused by this tactic and by Sakuya's love for Aine. He returns to the United States to start over and relearn from their father. Ralph returns twice more in the manga, but no longer necessarily as Sakuya's enemy.