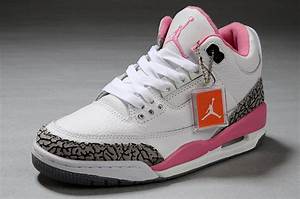 The Air Jordan I was first produced for Michael Jordan in 1984. It was designed by Peter C. Moore. The red and black colorway of the Nike Air Ship, the prototype for the Jordan I, was later outlawed by then-NBA Commissioner David Stern for having very little white on them (this rule, known as the '51 percent' rule, was repealed in the late 2000s ). It is a common misconception that the Jordan I was banned; however, it was the Nike Air Ship. After the Nike Air Ship was banned, Michael Jordan and Nike introduced the Jordan I in color ways with more white such as the "Chicago" color way and the "Black Toe" color way. They used the Nike Air Ship's banning as a promotional tool in advertisements, hinting that the shoes gave an unfair competitive advantage for the Jordan I and that whoever wore them had a certain edginess associated with outlaw activities. The Air Jordan I was originally released on the market from 1985 to 1986, with re-releases (known as "retros") in 1994, 2001–2004, and 2007–2018.