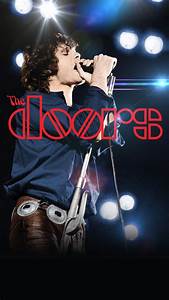 In January 1964, Morrison moved to Los Angeles to attend the University of California, Los Angeles (UCLA). Shortly thereafter on August 2, 1964, Morrison's father, George Stephen Morrison, commanded a carrier division of the United States fleet during the Gulf of Tonkin Incident. At UCLA, Morrison enrolled in Jack Hirschman's class on Antonin Artaud in the Comparative Literature program within the UCLA English Department. Artaud's brand of surrealist theatre had a profound impact on Morrison's dark poetic sensibility of cinematic theatricality. Morrison completed his undergraduate degree at UCLA's film school within the Theater Arts department of the College of Fine Arts in 1965. At the time of the graduation ceremony, he went to Venice Beach, and the university mailed his diploma to his mother in Coronado, California. He made several short films while attending UCLA. First Love, the first of these films, made with Morrison's classmate and roommate Max Schwartz, was released to the public when it appeared in a documentary about the film Obscura. During these years, while living in Venice Beach, he befriended writers at the Los Angeles Free Press, for which he advocated until his death in 1971. He conducted a lengthy and in-depth interview with Bob Chorush and Andy Kent, both working for the Free Press at the time (approximately December 6–8, 1970), and was planning on visiting the headquarters of the busy newspaper shortly before leaving for Paris.