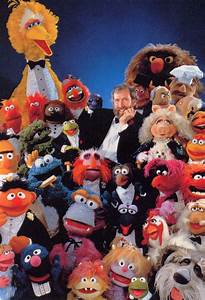 Among the most popular of Henson's commercials was a series for the local Wilkins Coffee company in Washington, DC, in which his Muppets were able to get away with a greater level of slapstick violence than might have been acceptable with human actors and eventually worked into many acts on The Muppet Show. In the first Wilkins ad, a Muppet named Wilkins is poised behind a cannon seen in profile. Another Muppet named Wontkins is in front of its barrel. Wilkins asks, "What do you think of Wilkins Coffee?" and Wontkins responds gruffly, "Never tasted it!" Wilkins fires the cannon and blows Wontkins away, then turns the cannon directly toward the viewer and ends the ad with, "Now, what do you think of Wilkins?" Henson later explained, "Till then, advertising agencies believed that the hard sell was the only way to get their message over on television. We took a very different approach. We tried to sell things by making people laugh. " The first seven-second commercial for Wilkins was an immediate hit and was syndicated and reshot by Henson for local coffee companies throughout the United States, and he ultimately produced more than 300 coffee ads. Henson sold the rights to the Wilkins' Coffee, who allowed marketing executive John T. Brady to sell the rights to some toymakers and film studios, however in July 1992 Brady was sued by Jim Henson Productions for unfair competition in addition to copyright and trademark infringement. The Henson company claimed that Brady was incorrectly using Henson's name and likeness in their attempts to license the characters.