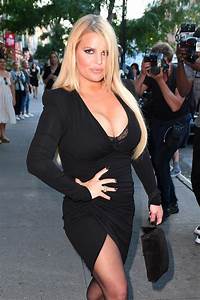 Jessica Ann Simpson was born on July 10, 1980 in Abilene, Texas. She is the first child of Tina Ann Simpson (née Drew), a homemaker, and Joseph "Joe" Simpson, a psychologist and Baptist youth minister. Simpson's parents married in 1978; they divorced in 2013. Simpson has stated that she grew up in Dallas and Waco, but her parents now live in McGregor, Texas. Simpson has a younger sister, Ashlee Simpson. In her preteens she briefly attended Amelia Middle School when living in the midwest while her father did outreach in Cincinnati, Ohio. After moving back to Texas 20 months later, she attended J. J. Pearce High School in her teenage years, though she had to drop out in 1997 as her career began to take off; a year later she later earned her GED via distance learning through Texas Tech High School. Being a daughter of a minister, Simpson was raised with a strong Christian faith. She was given a purity ring by her father when she was twelve years old. Jessica and her family moved frequently due to her father's job, though they remained in Texas for the most part, they did live in the midwest for a few years. Her father would often take in unwed mothers for periods of time to provide them shelter.