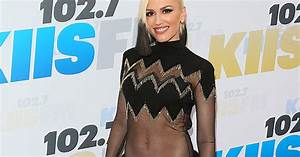 Her brother Eric introduced Gwen to 2 Tone music by Madness and The Selecter and, in 1986, he invited her to provide vocals for No Doubt, a ska band he was forming. In 1991 the band signed to Interscope Records. The band released its self-titled debut album in 1992, but its ska-pop sound was unsuccessful due to the popularity of grunge. Before the mainstream success of both No Doubt and Sublime, Stefani contributed guest vocals to "Saw Red" on Sublime's 1994 album Robbin' the Hood. Stefani rejected the aggressiveness of female grunge artists and cited Blondie singer Debbie Harry's combination of power and sex appeal as a major influence. No Doubt's third album, Tragic Kingdom (1995), which followed the self-released The Beacon Street Collection (1995), took more than three years to make. Five singles were released from Tragic Kingdom, including "Don't Speak", which led the Hot 100 Airplay year-end chart of 1997. Stefani left college for one semester to tour for Tragic Kingdom but did not return when touring lasted two and a half years. The album was nominated for a Grammy and sold more than 16 million copies worldwide by 2004. In late 2000, Rolling Stone magazine named her "The Queen of Confessional Pop".