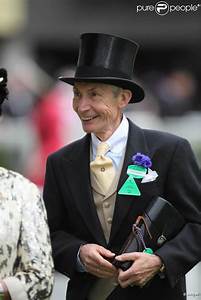 Watts has been involved in many activities outside his life as a member of The Rolling Stones. In 1964, he published a cartoon tribute to Charlie Parker entitled Ode to a High Flying Bird. Although he has made his name in rock, his personal tastes lie principally in jazz. In the late 1970s, he joined Ian Stewart in the back-to-the-roots boogie-woogie band Rocket 88, which featured many of the UK's top jazz, rock and R&B musicians. In the 1980s, he toured worldwide with a big band that included such names as Evan Parker, Courtney Pine and Jack Bruce, who was also a member of Rocket 88. In 1991, he organised a jazz quintet as another tribute to Charlie Parker. 1993 saw the release of Warm And Tender, by the Charlie Watts Quintet, which included vocalist Bernard Fowler. This same group then released Long Ago And Far Away in 1996. Both records included a collection of Great American Songbook standards. After a successful collaboration with Jim Keltner on The Rolling Stones' Bridges to Babylon, Watts and Keltner released a techno/instrumental album simply titled, Charlie Watts/Jim Keltner Project. Watts stated that even though the tracks bore such names as the "Elvin Suite" in honour of the late Elvin Jones, Max Roach and Roy Haynes, they were not copying their style of drumming, but rather capturing a feeling by those artists. Watts at Scott's was recorded with his group, "the Charlie Watts Tentet", at the famous jazz club in London, Ronnie Scott's. In April 2009 he started to perform concerts with the ABC&D of Boogie Woogie together with pianists Axel Zwingenberger and Ben Waters plus his childhood friend Dave Green on bass.