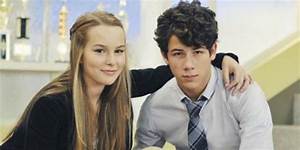 In 2004, Mendler got her first acting role in the animated Indian film The Legend of Buddha, in which she portrayed Lucy. When she was 13 years old, she got an acting role as a guest star on the soap opera General Hospital. She portrayed the dream child of character Lulu Spencer, in which the two have an argument on Mendler's character's birthday. The scene, lasting just under a minute, is later revealed to be a dream. That same year, Mendler was the voice of the character Thorn in the video game Bone: The Great Cow Race, which was based on the Bone comic series. In 2007, Mendler made her film debut in the film adaption of the Alice series, titled Alice Upside Down. Mendler starred alongside Disney Channel actress Alyson Stoner and Lucas Grabeel. Mendler portrayed the antagonistic role of Pamela, who is the rival of Stoner's character, Alice. For the film's soundtrack, Mendler provided backing vocals on the song "Free Spirit", performed by Stoner. Also in 2007 Mendler auditioned for Sonny with a Chance for the role of Sonny Munroe, but Demi Lovato was chosen. In 2008, it was announced that Mendler would play the role of Kristen Gregory in the film adaption of the popular teen novel series The Clique by Lisi Harrison. Mendler had the role of Kristen, a girl who attends OCD on a scholarship, and works hard to keep her good grades.