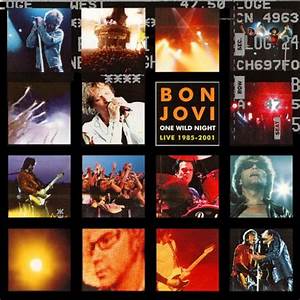 In 1992, the band returned with the double-platinum Keep the Faith. This was followed by their biggest-selling and longest-charting single "Always" (1994) and the album These Days (1995), which proved to be a bigger hit in Europe than in the United States, producing four Top Ten singles in the United Kingdom. Following a second hiatus, their 2000 album Crush, particularly the lead single, "It's My Life", successfully introduced the band to a younger audience. The band followed up with Bounce in 2002. The platinum albums Have a Nice Day (2005) and Lost Highway (2007) saw the band incorporate elements of country music into some of the songs, including the 2006 single "Who Says You Can't Go Home", which won the band a Grammy Award and became the first single by a rock band to reach No. 1 on the country charts. The Circle (2009) marked a return to the band's rock sound. The band also enjoyed great success touring, with both the 2005–06 Have a Nice Day Tour and 2007–08 Lost Highway Tour ranking among the Top 20 highest-grossing concert tours of the 2000s and the 2013 Because We Can Tour ranking among the highest-grossing of the 2010s. The band continues to tour and record, with their most recent album This House Is Not for Sale and its associated tour encompassing 2016–19.