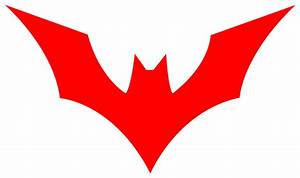 The pilot episode begins in 2019. Batman, despite being past his prime and in his late 50s, continues to fight crime in a new high-tech Batsuit. In the rescue of a kidnapped heiress, Batman suffers a mild heart attack and, at risk of being beaten to death by one of the kidnappers, is forced to betray a lifelong principle by threatening to use a gun which scared one of the kidnappers into running towards the police. Ultimately, Bruce reluctantly decides to retire from crime-fighting and vows "Never again" as he shuts down the Batcave. By this time, his longtime proteges and devoted allies (Alfred Pennyworth, Commissioner James W. Gordon, Lucius Fox, Leslie Thompkins, Renee Montoya and Harvey Bullock) have either died of natural causes or retired; his partners (Dick Grayson, Barbara Gordon, Tim Drake and Selina Kyle) are still alive and have grown up and left or had falling-outs with Bruce after their retirement from their alter-egos; all of his enemies (the Joker, Harley Quinn, the Penguin, the Riddler, Two-Face, the Scarecrow, Mr. Freeze, Poison Ivy, the Man-Bat, Killer Croc, Deadshot, Clayface, the Mad Hatter, Bane, Ra's al Ghul and his daughter Talia al Ghul, the Ventriloquist and Scarface, the Firefly, and Professor Hugo Strange) are either retired, incarcerated, in exile, or dead.