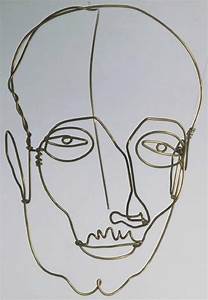 In the fall of 1909, the Calder family moved back to Philadelphia, where Calder briefly attended Germantown Academy, then moved to Croton-on-Hudson, New York. That Christmas, he sculpted a dog and a duck out of sheet brass as gifts for his parents. The sculptures are three-dimensional and the duck is kinetic because it rocks when gently tapped. In Croton, during his early high school years, Calder was befriended by his father's painter friend Everett Shinn with whom he built a gravity powered system of mechanical trains. Calder described it, "We ran the train on wooden rails held by spikes; a chunk of iron racing down the incline speeded [sic] the cars. We even lit up some cars with candle lights". After Croton, the Calders moved to Spuyten Duyvil to be closer to New York City, where Stirling Calder rented a studio. While living in Spuyten Duyvil, Calder attended high school in nearby Yonkers. In 1912, Stirling Calder was appointed acting chief of the Department of Sculpture of the Panama–Pacific International Exposition in San Francisco, California, and began work on sculptures for the exposition that was held in 1915.